Composer Matej Bonin's latest project builds on the challenges set out in the project Gymnastics of Non/Sense (2014–2016), which questioned the conventional ways of creating a musical composition and sought the hidden potentials of music.

The project combined two media – poetry and music. But not as separate layers, i.e., as text and musical accompaniment, but rather as two interdependent media where the words “grow into” the music and thus “sound” themselves, and the music seeks its identity in the very sound and manifestation of the syllables/words. In the first project, the text was written beforehand and based on Karl Hmeljak’s collection of poems Krčrk (2012), and the stage set was quite static. Gymnastics of Non/Sense II goes a step further. On the one hand, Hmeljak’s text is written specifically for this project and evolves parallel to the sound material, and on the other hand, it is based on the assumption that each concert is really a performance, because at the moment of its public presentation, it becomes subject to that key element (i.e., the listener or the viewer) that connects, with its unpredictability and autonomy, everything around it into potentially coherent ideas.


The Gymnastics of Non/Sense II will be performed live in Linhart Hall for the first time.

The project was developed in January 2021 in Stara mestna elektrarna (The Old Power Station) as an artistic laboratory produced by the Sploh Institute and the Bunker Institute. 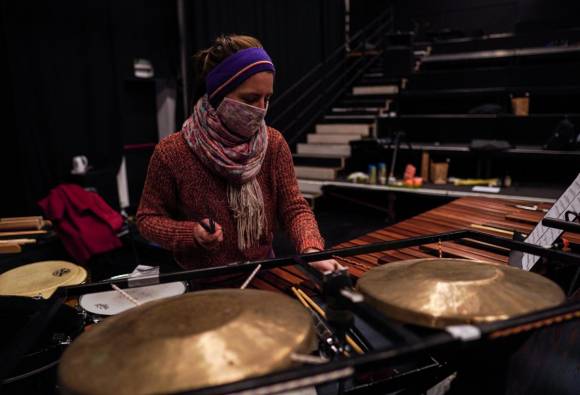 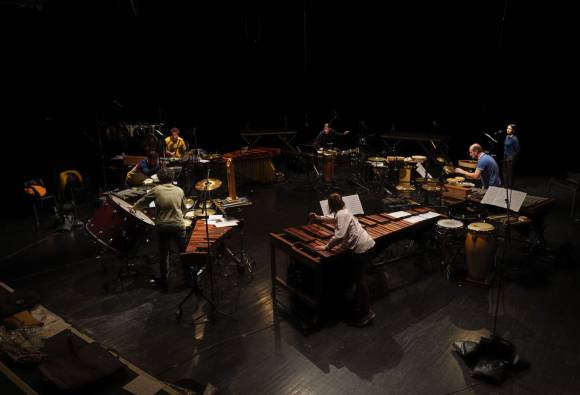 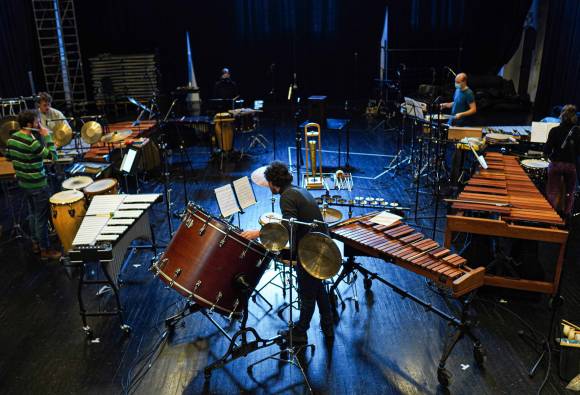 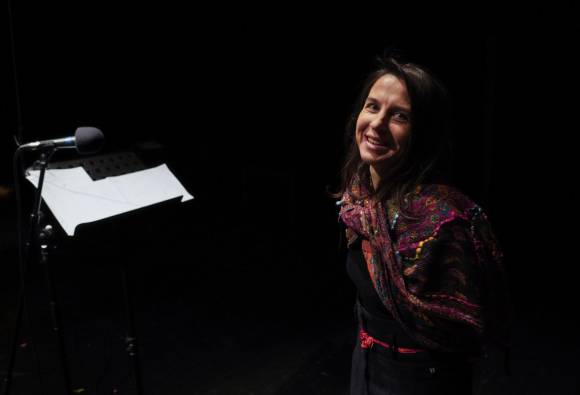 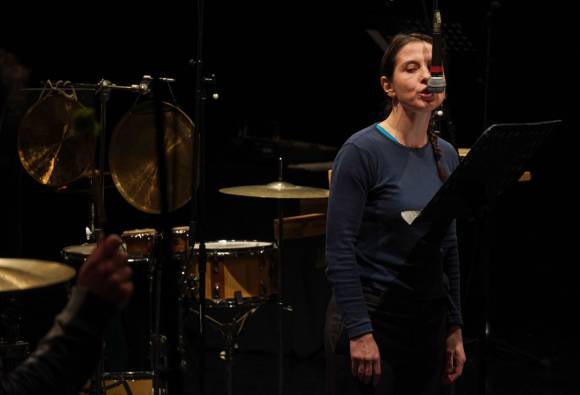 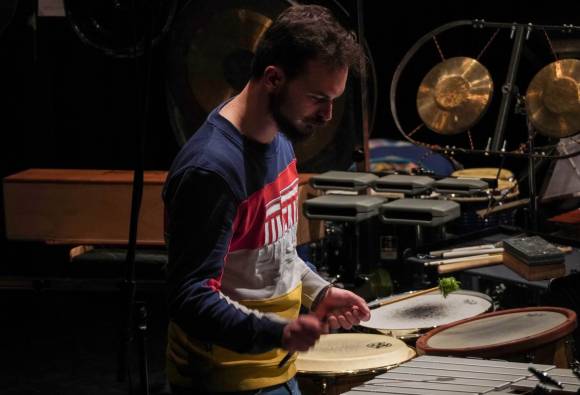 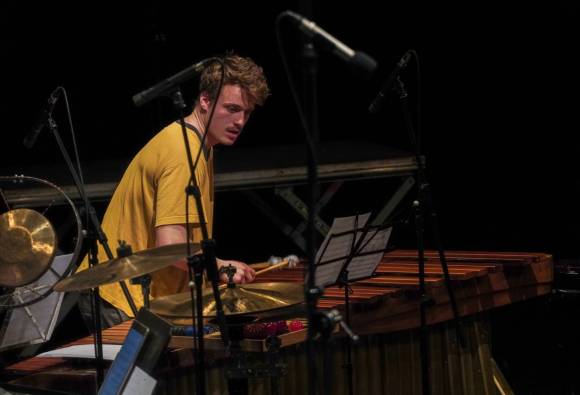 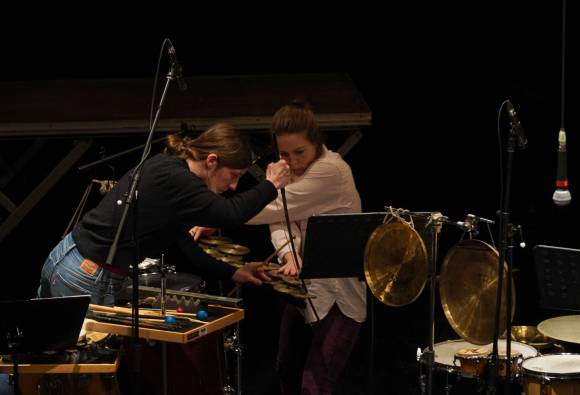 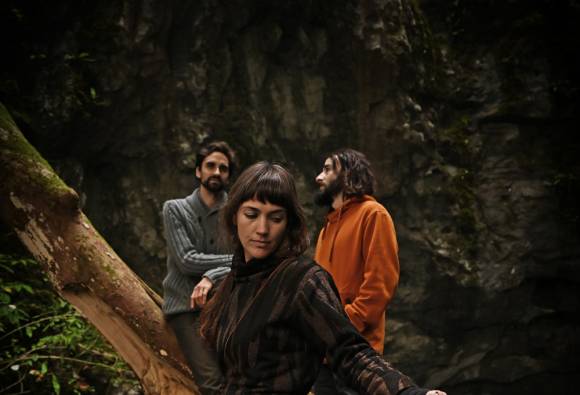