Considered one of the most famous pieces of classical music (scenic cantatas), Carmina Burana by the German composer Carl Orff (1895–1982) was written in 1936 during the Naci rise to power, even though the Third Reich labelled Orff's work as degenerate music (Entartetete Musik). With Carmina Burana – in a manner similar to that previously employed by Richard Wagner with his idea of a total, comprehensive artwork (Gesamtkunstwerk) – Orff subscribed to the dramatic concept of "Theatrum Mundi" – the Great Theatre of the World in which music, movement and speech are closely and virtually inextricably intertwined. In following this artistic formula, Orff consequently modified the musical flow to the extent where music as a sonic phenomenon can receive its full expression only in a dramatic context, an intention which modern performances of Carmina Burana in purely concert form are generally unable to accomplish.

With this complex work, whose full Latin title reads Carmina Burana: Cantiones profanae cantoribus et choris cantandae comitantibus instrumentis atque imaginibus magicis (Songs of Beuern: Secular songs for singers and choruses to be sung together with instruments and magical images), Orff created a unique scenic work with a specific dramaturgy based on a selection of twenty-four poems from the preserved medieval manuscript of 254 poems written by travelling students in secular Latin, Middle High German and Old French between the 11th and 13th centuries.
The dramaturgy focuses primarily on sequencing individual episodes, which vary significantly in terms of both content and character, and not so much on progressively structuring a musical whole (in the strictly classical sense). It is thus only natural that in Carmina Burana Orff consciously avoids excessively complex harmonies in favour of the immediate effect of the sung text, an effect frequently manifested in the emotionally charged moments and unusually high vocal registers of all three solo parts (e.g., the tenor aria Olim lacus colueram, the "falsetto" aria for baritone Dies, nox et omnia and the aria for soprano Dulcissime).

Carmina Burana is part of Trionfi, a musical triptych that also includes Catulli Carmina (Songs of Catullus) and Trionfo di Afrodite (Triumph of Aphrodite). Orff was influenced melodically by the relatively simple but dramatically effective late Renaissance and early Baroque models, especially the madrigals by William Byrd and Claudio Monteverdi. Orff’s shimmering orchestration, which does not fail to incorporate pompous dramatic moments, including the opening movement O Fortuna, velut luna statu variabilis (O Fortune, like the moon you are changeable), is strongly reminiscent of Stravinsky's earlier work, Les noces (The Wedding) – that takes rhythm as its main musical element. Rhythm is also vital in determining the entry point at which Edward Clug, in his signature artistic style, embarks on his inspiring choreographic exploration of the medieval mysteries of life and different perspectives on life, which even in the proverbially "dark" Middle Ages were often very liberal and actually indistinguishable from modern hedonism.

Clug’s core visual element, expanded to reach a meaningful choreographic dimension, is the circle. As a geometric figure, the circle is nature’s simplest and most perfect creation (stars and planets are spherical in shape, heavenly bodies move in a circular or elliptical orbit). The circle also symbolises ontological perfection and cyclical nature of existence, i.e., the perpetual transition from life to death and vice versa, as evidenced by the many alchemical symbols and emblems in both Eastern and Western esoteric traditions. The circle, whose centre constitutes the principle of gnosis (knowledge, insight), acts as the dancers’ point of initiation, the primum mobile of a dance (and thus also social) collective that takes the viewer through various stages of life, energy states and psychic archetypes against the backdrop of Orff's continuous musical stimulus.

An evolution of the life course – pointedly outlined by the forces of recoil and attraction – finds its reflection on stage through Clug's masterful expressive vocabulary. In creating new rituals of life (and gradually symbolically separating a couple as the new civilisational "primogenitors"), the choreographer allegorically underscores this evolution with a sung invocation of the texts from the famous medieval manuscript, thus creating all the conditions – through a synthesis of music, verbal and dance arts – for a deep and intense spiritual experience of life.

22,00 EUR * * EUR for younger than 25 and older than 65, as well as pensioners, discounted prices for the lowest seat category 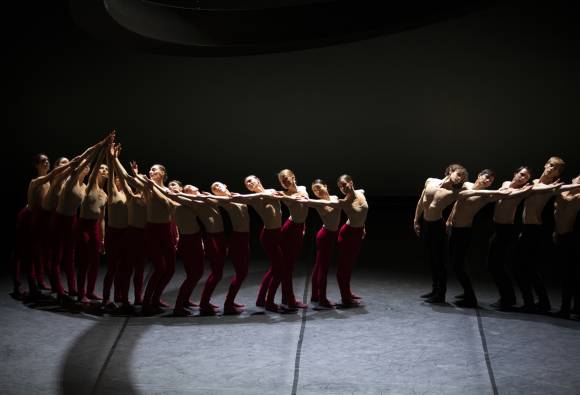 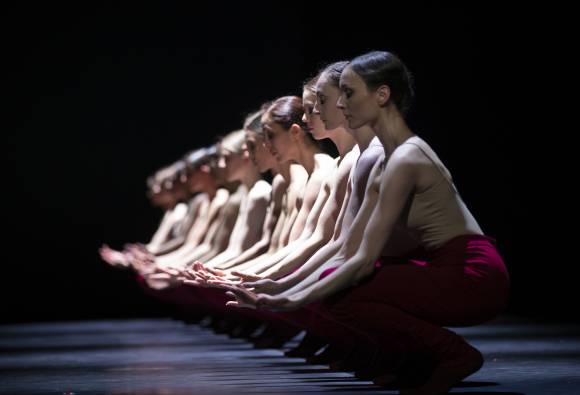 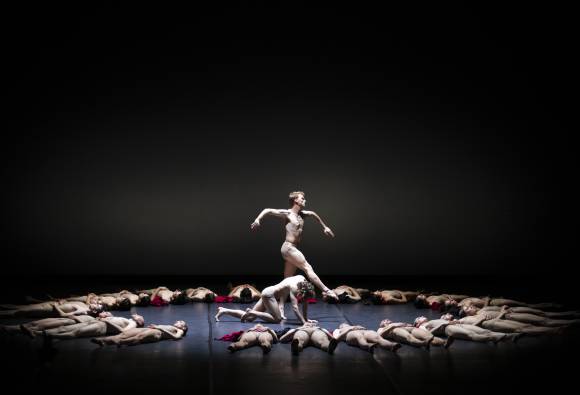 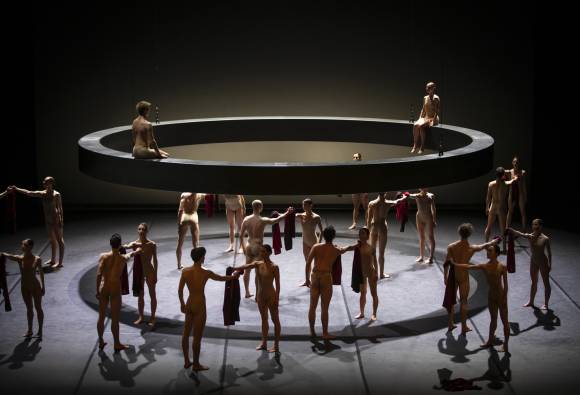 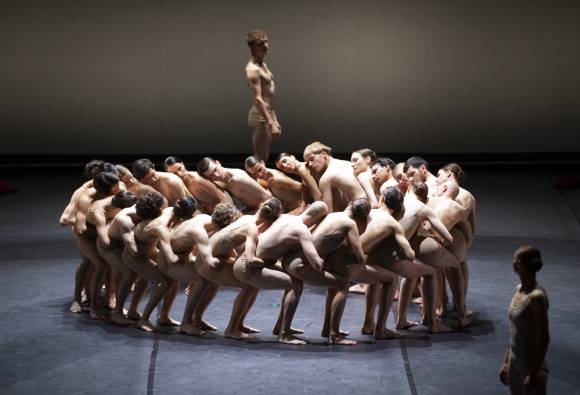 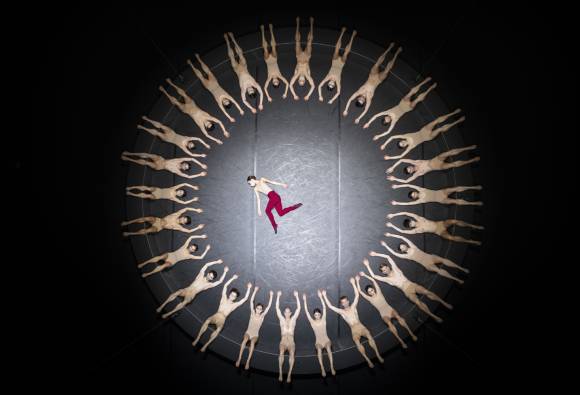 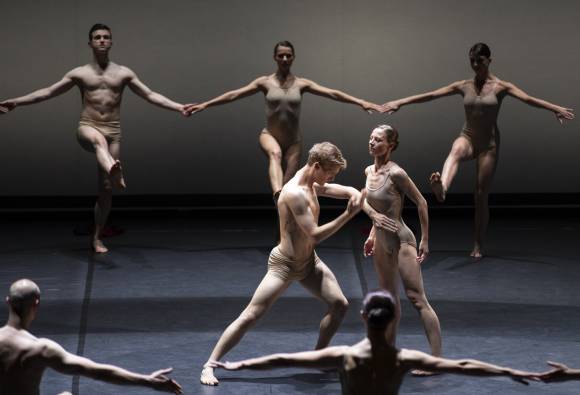 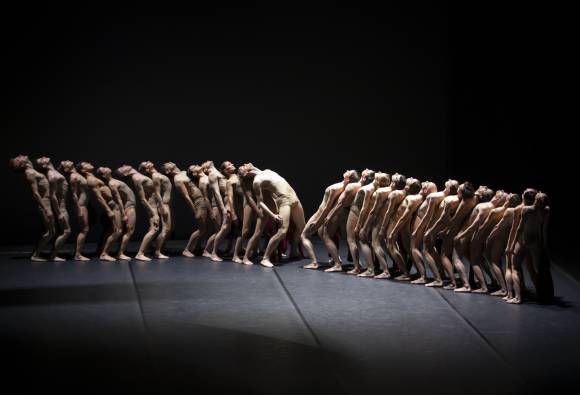 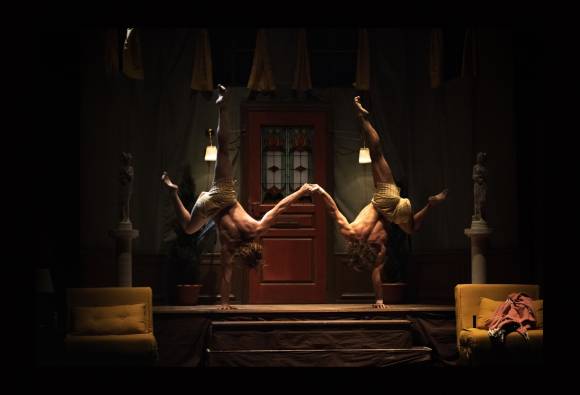 Cirque Le Roux: A Deer in the Headlights 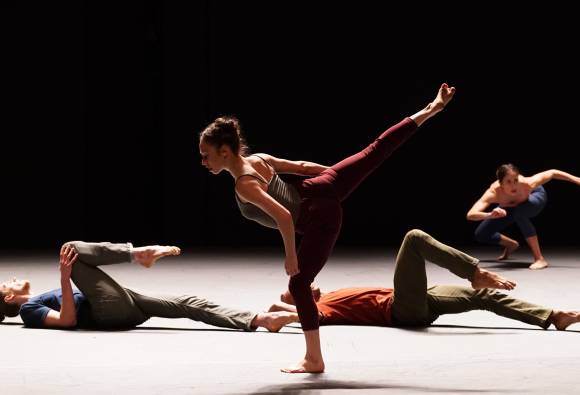