A story for all time.

In Agony, part two in a triptych of plays about the Glembay family that includes The Glembays (1913), In Agony (1922), and Leda (1925), was written in 1928 by one of the greatest 20th-century Croatian writers, Miroslav Krleža (1893–1981). In Agony describes ill-fated events in the lives of members of a once privileged elite of a fallen empire unfolding over a single day and night in early autumn. Baron Lenbach, crushingly burdened with gambling debts, takes his life first, followed by his wife, Baroness Laura. Baroness, the central character of Krleža’s play, is involved in a sophisticated love triangle with two male protagonists: Baron Lenbach and Dr. Križovec, a lawyer she genuinely loves.

The award-winning staging of Krleža’s masterpiece is another in a string of theatrical productions (Gypsy, but the Most Beautiful; Three Winters...) with which director Ivica Buljan asserts himself as not only a first-class theatre innovator, a connoisseur and creator of trends in contemporary theatre, but also a sophisticated interpreter of the so-called classical drama. Staging a modern classic is a particularly challenging task because its solid and predictable structure calls for a total, all-encompassing theatrical presentation. And that is why it is the hardest. With In Agony, Buljan succeeds in accomplishing this feat also thanks to the excellent cast, especially the principal actress of the Croatian National Theatre, the brilliant Nina Violić, in the role of Laura Lenbach, while her counterparts are wonderfully portrayed by Livio Badurina as Dr. Križovec and Krešimir Mikić as Baron Lenbach. With intricate precision, the director and his great trio of actors unfold Krleža's masterpiece in a condensed and rhythmically highly charged performance. Everything he wrote so clearly almost a hundred years ago is there, in front of us, on stage. And it is still relevant and still intense today: passion, blood, tears, sweat, all buried in the text’s multiple layers and ready to burst out in a bourgeois salon, a room devoted exclusively to leisure and the scene of most family quarrels.

In Agony is a true theatrical simul about the eruption of everything that’s been bottled up, everything that should have been said a long time ago but hasn’t, so it inevitably leads to the most tragic of all endings. A story for all time. 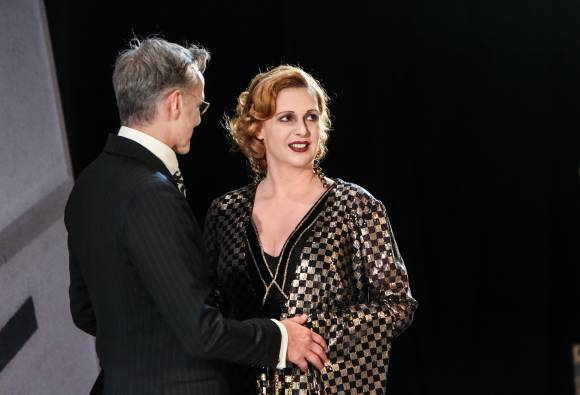 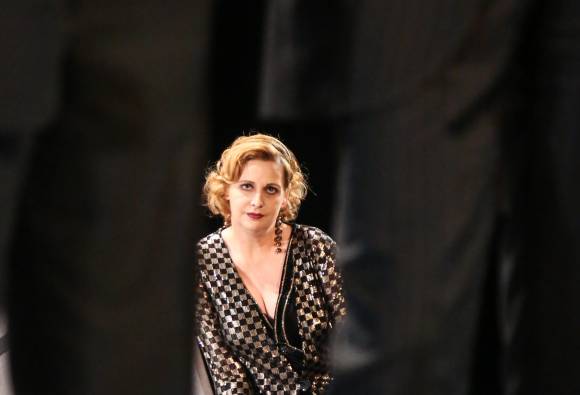 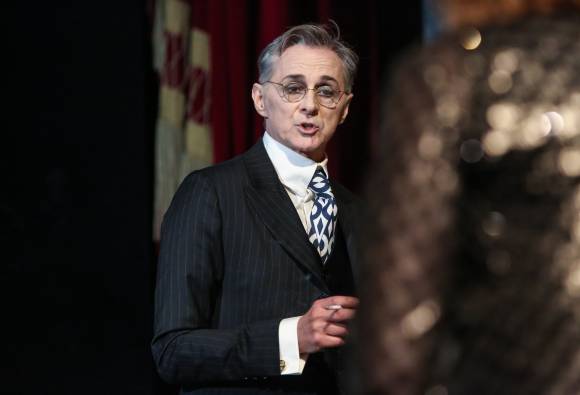 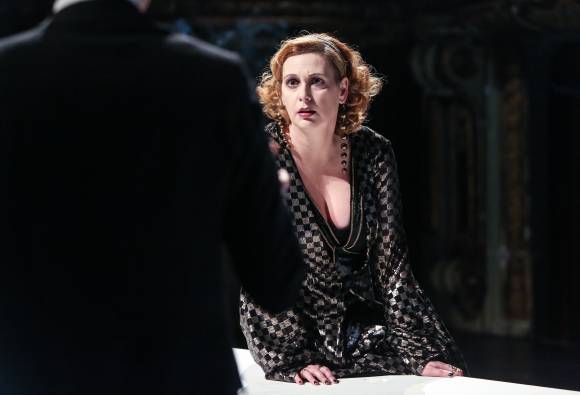 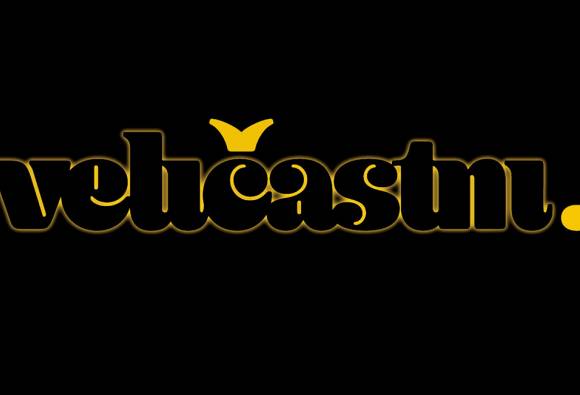