The performance Honey Sparks in the Dark seeks to bring back from the darkness values that have long been forgotten in today's fast-paced life. Hence the idea for the title; honey as a symbol of human connectedness and interdependence with nature and is like a buried, old folk treasure worth bringing to the surface.

The content of the performance, which ranges from traditional themes to contemporary media, appeals to a broad spectrum of audiences; both older audiences, who are closer to the traditionality of folk dance and music, and the younger generation, who are in touch with the contemporary. The diversity of audience appeal in terms of sound, visuals, and genre allows for an organic fusion of traditional and modern elements and serves to bridge the generations.

The author of the performance, Kristijan Krajnčan (Kranj, 1986), established himself as one of his generation's most prolific and distinctive European artists. A virtuoso on drums and violoncello, composer and filmmaker has long moved away from fitting into a single labelled drawer. On a constant exploration of new paradigms, his ambition is to weave ancient storytelling with modern creative techniques. He is the receiver of numerous awards in all fields of his work.

After his first interdisciplinary Hidden Myth (2015), he returns to his Slovenian roots with Honey Sparks in the Dark. In the process of creation, he and his brother, choreographer and dance concept leader Žigan Krajnčan, were interested in everything that could inspire the process of composition and choreography, such as unusual customs, mystical rituals, ancient religion, folk mythology and musically not so well-known areas.

The performance was presented to the audience for the first time on 16 June 2022 at Cankarjev dom as part of the Ljubljana Jazz Festival.

The project was a feast for the ears and the eyes. The musical performers coexisted on stage with four dancers, including Žigan Krajnčan, the choreographer and Kristijan's brother. The brothers based the movement-sound performance on a concept derived from Slovenian folklore and mythology but updated and transformed it in a contemporary way. Music and movement creatively followed each other, leaving space for each other in the sense that the music could also be heard or the dancers could come to the fore when the music stopped.”
Brigita Gračner and Jan Kopač, Radio študent review of the Ljubljana Jazz Festival 2022
(20.06.2022)

Then came one of the unexpected highlights of the festival. The performance with two male and two female dancers completely mesmerised me. I devoured every note and movement on the stage—an exceptional fusion of modern jazz with modern dance that drew from and referenced folklore.
Michal Kratochvíl, JAZZPORT (11.06.2022)

It is a fascinating piece of music, tastefully performed by the band and strongly translated into dance. Krajnčan is an exceptional musician and composer. He draws on many musical sources for his music, and new classical (read: contemporary) elements predominate in this particular composition. He builds up his musical story with the dancers so beautifully that, after the unexpected ending, you suddenly realise that you have heard more than an hour of music and
seen more than an hour of dance.
- Dick Hovenga, WRITTEN IN MUSIC (01.07.2022)

This was a show that you could not take your eyes off. Music and dance were so well brought together in this show which took place outdoors under one of the numerous mountains that define this area.
- Tim Dickeson, JAZZWISE (05.07.2022) 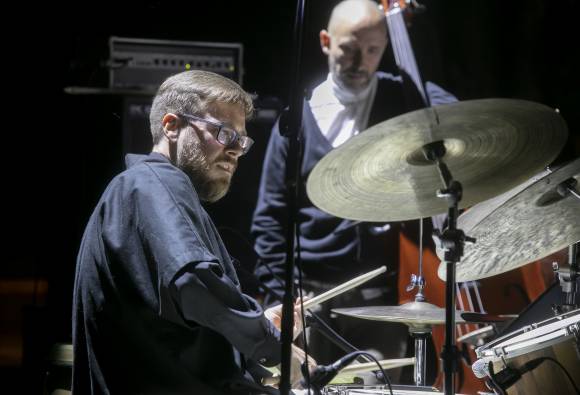 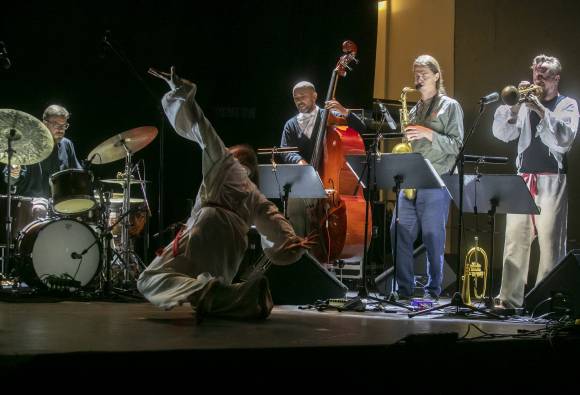 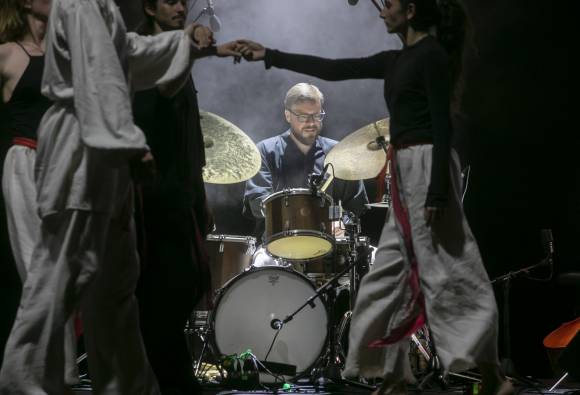 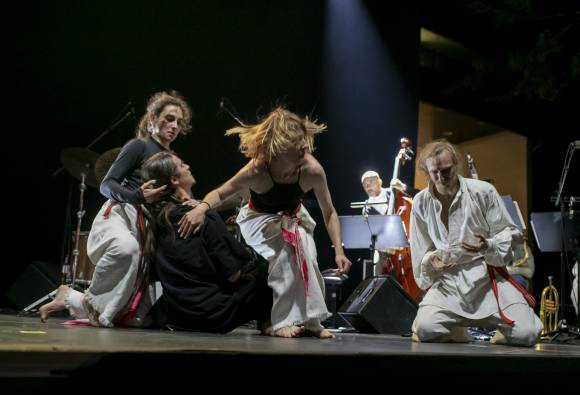 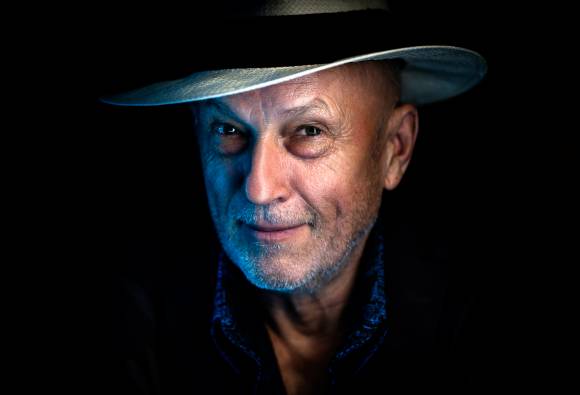