Under the spreading century-old trees

The shady canopies of the mighty trees in the Council of Europe Park, which fell under the management of Cankarjev dom in 2015, adorn the entrance to CD’s Grand Reception Hall from the Prešernova Street, as well as the entrance to the President’s Office.

The trees and shrubs growing in our park are plane, maple, birch, tulip, ginkgo, beech, sophora, holly, hazel and yew. This municipal park was landscaped in 1785 by botanist Karl Zois (brother of Žiga Zois, the celebrated patron of the arts), after whom Zois' Bellflower (Campanula zoysii) was named.

Owing to soft rot – the Brittle Cinder fungus (Ustulina deusta) having decayed the tree trunk – we had to cut down the over two-hundred -year old beech tree last year, which had been growing here since the time Karl Zois built the park. A four-metre beech was planted in its place, a ten-year-old tree that had been grown at the Arboretum Volčji Potok and is the descendant of the celebrated beech which met its destiny when the Ljubljana Opera House was being renovated.
The Council of Europe Park is a great place to enjoy oneself over a drink, hanging out in the Idealist Bar, as well as a great venue for cultural, congress and social events. It is popular with various dogs and their owners, dropping in on their early morning walk, with squirrels scampering and scurrying in the treetops to the pleasant sound of birdsong.
The park is our own green haven of tranquillity in the midst of urban Ljubljana. 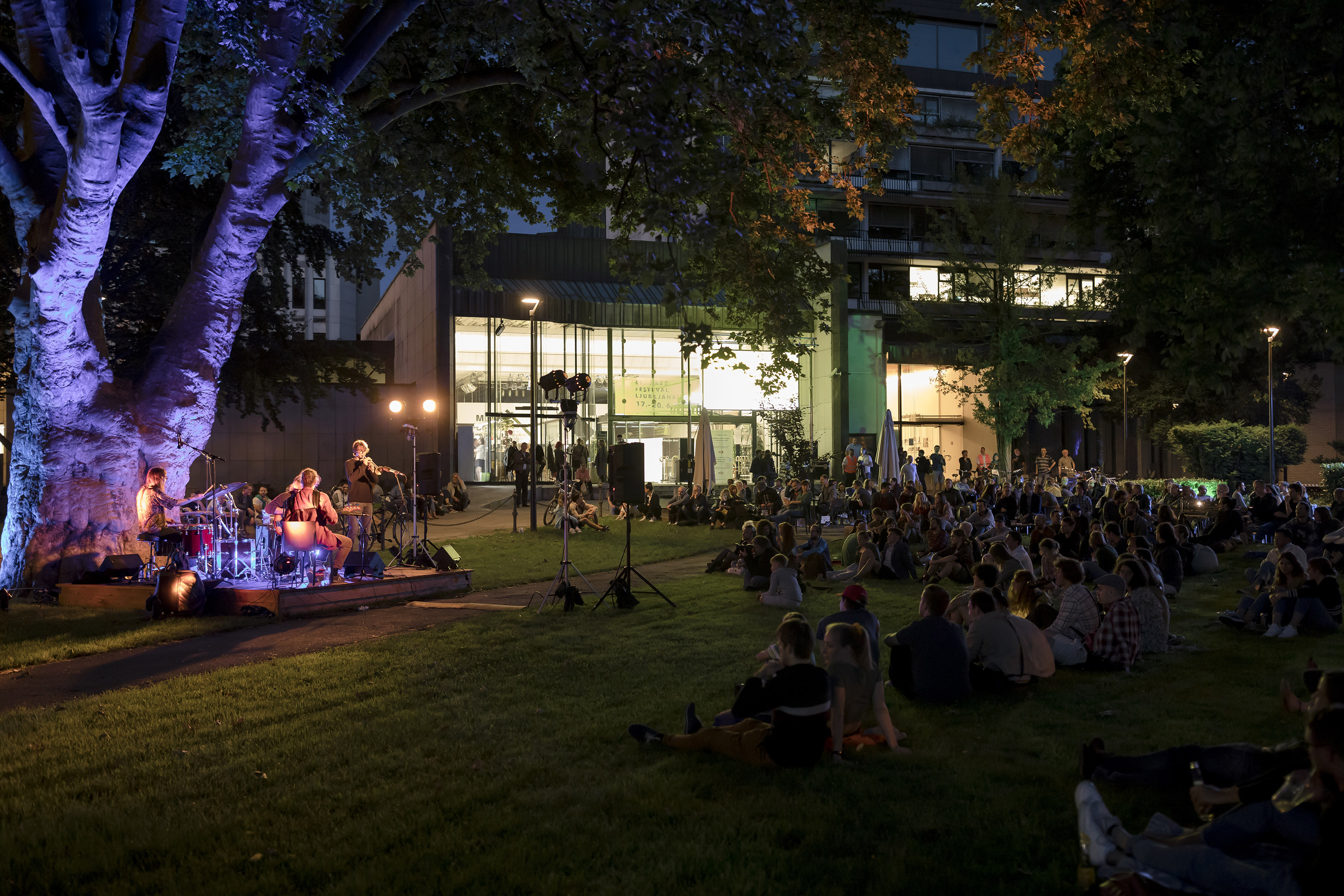 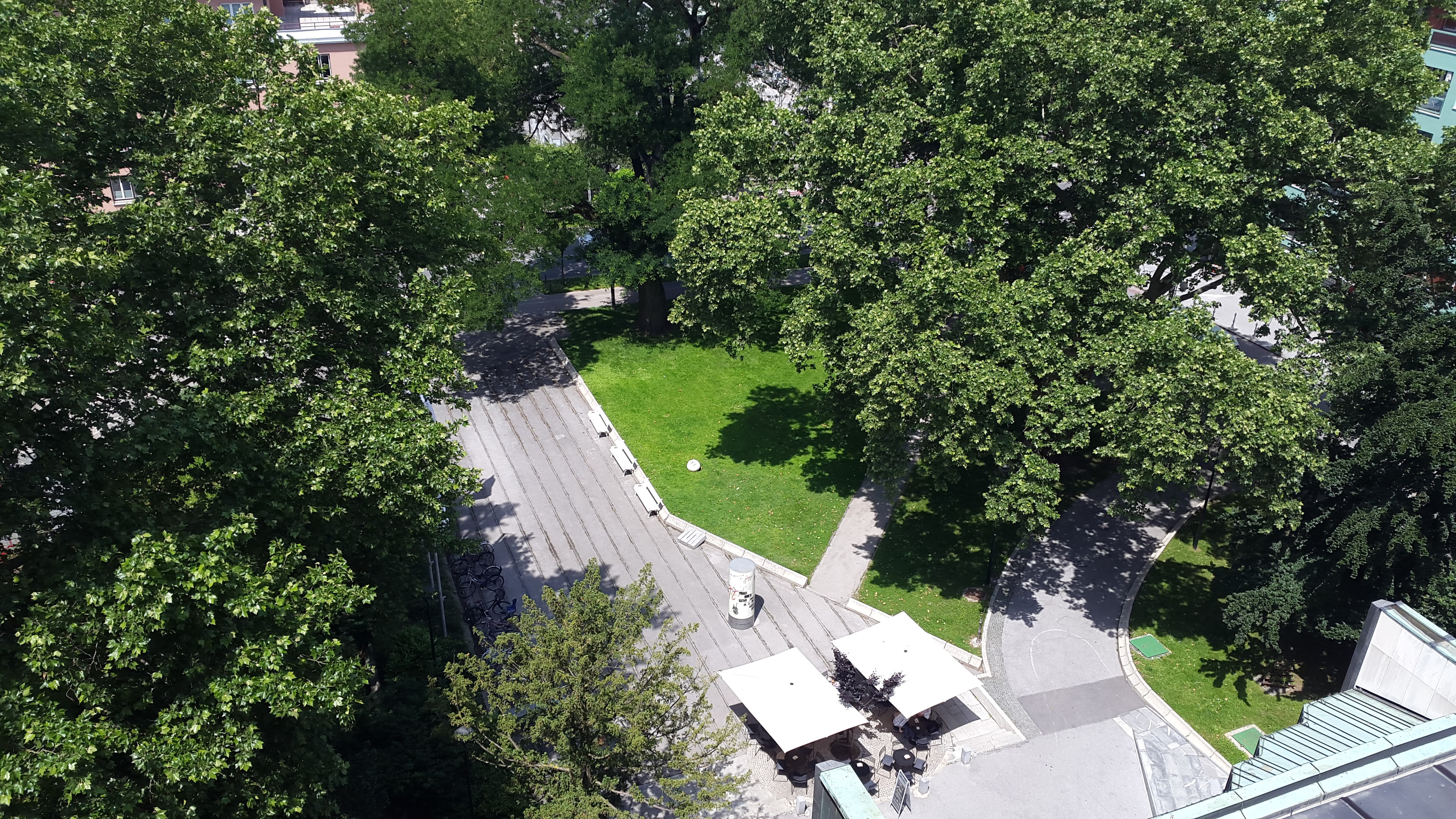